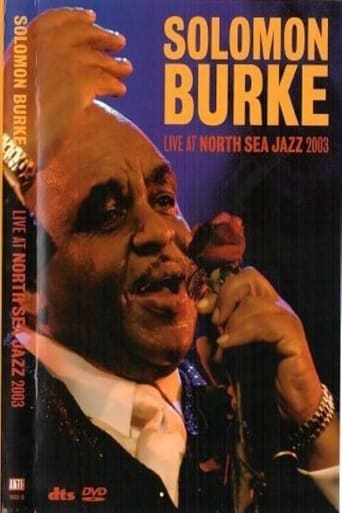 This may have been billed as a Jazz festival, but the dish served up by Solomon is one of pure Soul.The concert footage was taken in 2003 which has both its advantages and its drawbacks.On the positive side it means that we are treated to numbers from his excellent "Don't Give Up On Me" album which was released last year, on the negative side it means we are not seeing Solomon at his youthful best.Always a big man, Solomon looks portlier and less mobile than ever, and needed some help to reach his 'throne' on stage.The "King of Rock and Soul" delivers the bulk of the concert from this sitting position, so anybody expecting slick choreography would be sorely disappointed.