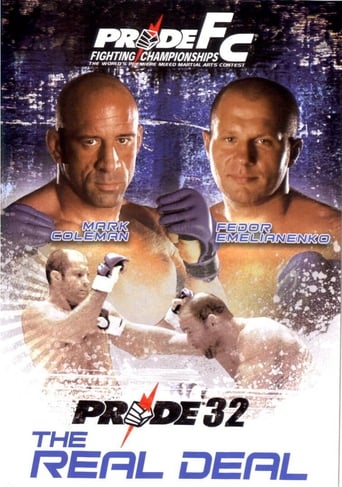 Pride 32: The Real Deal was a mixed martial arts event and was held by the Pride Fighting Championships. The event took place on October 21, 2006, at the Thomas & Mack Center in Las Vegas, Nevada. It was the first Pride event to be held outside of Japan, and in front of an audience of 11,727 (8,079 paid).Since the event took place in Nevada, Pride had to modify its rules to follow Nevada's version of the Unified Rules of Mixed Martial Arts for this event. Pride followed Nevada's MMA rules for the most part, in effect using the same rules as other promotions in Nevada like the UFC, but it used a ring to stage contests and prohibited elbows to the head as it already did in its own rules (Elbow strikes are allowed in UFC). Matches were three rounds of five minutes each, and if a match went the distance, it would be judged by Nevada's 10-point must system with Nevada State Athletic Commission (NSAC) judges, which is different from Pride's own judging criteria.