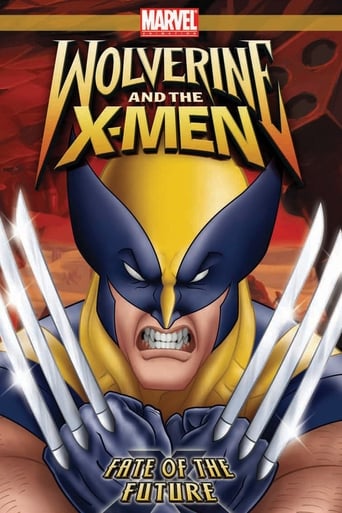 Wolverine and the X-Men race through time to regain control of their destiny in Volume 4: Fate of the Future. Evil attempts to rewrite the past, and the mutant heroes must prevent a perilous future in these five time-bending episodes. History repeats itself when Wolverine's past resurfaces, forcing him to repay old debts in "Stolen Lives." In "Code of Conduct," Wolverine's history returns again when the X-Men are threatened by the Silver Samurai who challenges the adamantine hero to another duel. In "Badlands," Logan's captivity helps spawn a new breed of Sentinels to terrorize the future. And before Mojo rips their friendship apart, Nightcrawler struggles to convince a brainwashed Wolverine of their lost days together in "Hunting Grounds." Finally, in "Backlash," when Wolverine learns that Master Mold is the same nemesis for tomorrow's X-Men, he must protect his fellow mutants before the future becomes obsolete.