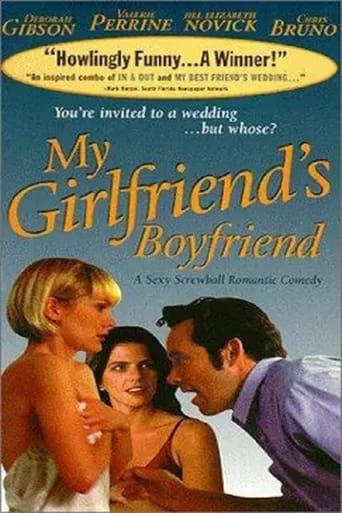 Jake can only think of one thing after being dragged to the wedding of his girlfriend's best friend. How can he get out of it? On the advice of Wes, the out-and-proud best man, he pretends to be gay and gets caught kissing Wes. Little does Jake realize he's about to get caught up in a circle of jealousy and lies. Cliff, the groom, is getting married to help solidify his hunky, soap opera star image... and to stay closeted. Yep, he s gay. And his longtime boyfriend is none other than his best man. When Cliff and Wes get pictures taken of them in a compromising position (several, in fact) it looks as though his cover might be blown. Thrown into the mix is the bride's sex crazy mother and the nosy reporter-turned-wedding photographer with a sock puppet (pop icon Deborah Gibson). What ensues is a fun, quirky and modern comedy of errors that is sure to tickle your funny bone.