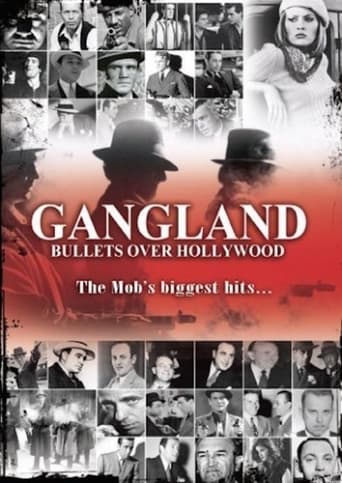 "Bullets Over Hollywood" delves into America's fascination with gangsters and features historical perspective, analysis, behind-the-scenes anecdotes, and details about the connection between real-life hoods and their cinematic alter egos. The documentary chronicles films such as the _American Mutoscope & Biograph [us]_ film _Musketeers of Pig Alley, The (1912)_ (the 1912 film directed by D.W. Griffith that began it all), 1930's and '40s classics including "Little Caesar," "The Public Enemy," "The Roaring Twenties," "The Petrified Forest" and "High Sierra," to such modern tales as "The Godfather," "Scarface," "Goodfellas," "Donnie Brasco," "Casino," "A Bronx Tale," "Carlito's Way," "Once Upon a Time in America" and many more. The special takes a look at television with shows such as "The Sopranos" and "Growing Up Gotti," all part of America's parallel fascination with fictional and real-life gangsters.