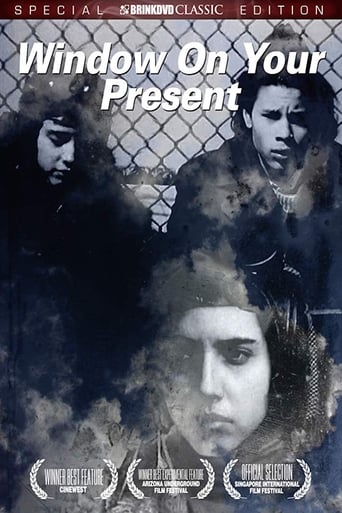 Window on Your Present is Cinqué Lee's first feature film, which he wrote and directed in the late 1980s. The film takes place in a world where color and love do not exist. The people who live in this dreary world have nothing to live for and often end up taking their own lives. However, two unlikely lovers discovery that there is something else that is special that exists outside of their horrid world.