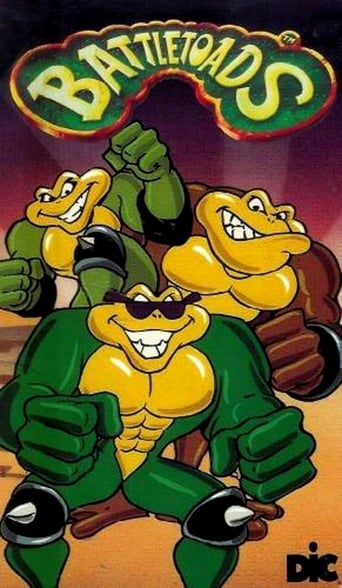 Far away, at the edge of this Galaxy, Princess Angelica and her mentor Professor T. Bird flee the wicked Dark Queen and her Beast Police. At stake is the Princess' magical amulet, which will make the Dark Queen absolute ruler of the universe - if she gets her hands on it. After landing in Oxnard, California, T. Bird finds three nerdy teens and turns them into Battletoads named Zits, Rash and Pimple! As powerful, hip, humanoid heroes with superpowers, they help thwart the Dark Queen's evil plans.