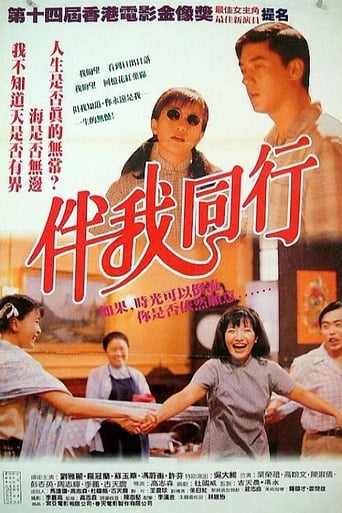 This is apparently a true story about Ching Man Fei, played by the very pretty Alice Lau, who has been blind since six months old and lives with her family in Canton, China. She is about 17 in the role, though Ms. Lau looks older. Ching wants to study, to learn, but her family does not really want that. Throughout the first part of this film, people say to and about her that she is a burden, that she had to do something evil in a past life etc. The family maid Wo becomes the one person who truly believes in her, taking her around the city and answering her questions about everything and eventually being instrumental in her being able to study. The scenes together of Ching and Wo are terrific, you feel the love and trust between them. There are people who pass by in Ching's life, a blind beggar street girl named Jade and a radio actor, who helps her, but their characters are underdeveloped, as if they really were blips in this person's life (perhaps they were).