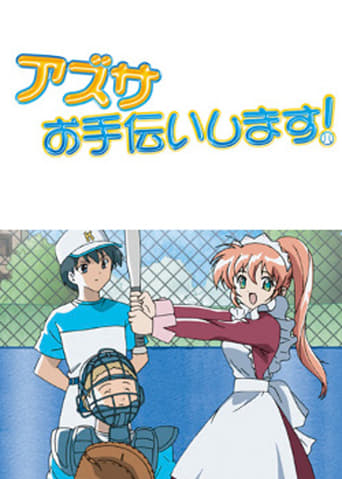 The Karugamo High School Baseball Team has not been doing well. After losing badly to the Eagles, many of the players leave, and the team now has only eight players, one too few to play a game. Going against his principles, the main character Harumaki Shunpei decides to buy a baseball robot. However, since he does not have enough money, he ends up buying the maid robot named Azusa. Even though Azusa has a warm heart and strong determination, it doesn't appear that she stands a chance against her adversaries who were top-of-the-line baseball robots. The team's only hope seems to lie in a secret buried within Azusa's clouded past.