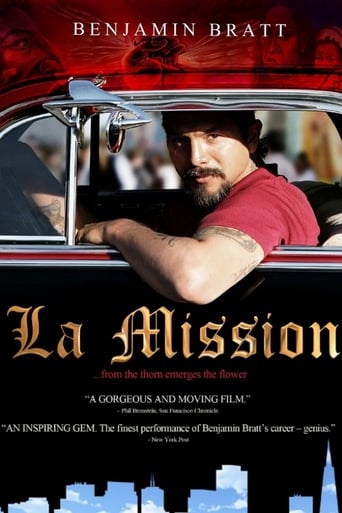 Growing up in the Mission district of San Francisco, Che Rivera has always had to be tough to survive. He's a powerful man respected throughout the Mission barrio for his masculinity and his strength, as well as for his hobby building beautiful lowrider cars. A reformed inmate and recovering alcoholic, Che has worked hard to redeem his life and do right by his pride and joy: his only son, Jes, whom he has raised on his own after the death of his wife. Che's path to redemption is tested, however, when he discovers Jes is gay. To survive his neighborhood, Che has always lived with his fists. To survive as a complete man, he'll have to embrace a side of himself he's never shown.