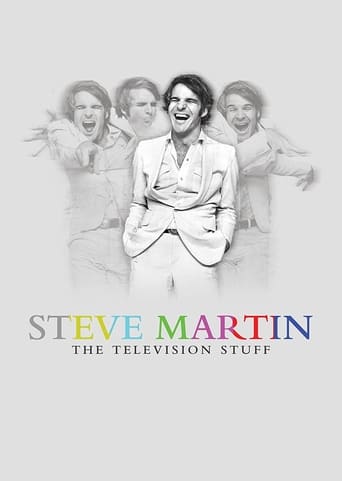 Steve Martin remains one of the most beloved and creatively prolific talents in American comedy, but until now his body of work on television has been largely unavailable on DVD. That all changes here. From the stand-up act that made him a comedy rock star (of which only two complete performances were ever recorded, both included in this set) to his four joyfully twisted NBC sketch comedy specials, his Oscar-nominated short film and a jewel box of additional comic bits, The Television Stuff finally delivers one of the most unique and treasured eras in Steve Martin’s celebrated career. Featuring special guest appearances by Dan Aykroyd, Laraine Newman, Lauren Hutton, John Belushi, Bill Murray, Lynn Redgrave, Paul Simon, David Letterman, Carl Reiner, Eric Idle and Johnny Cash