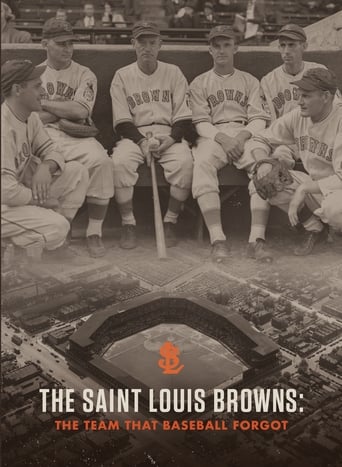 The Saint Louis Browns: The Team That Baseball Forgot (2018)

St. Louis is viewed as one of the best baseball towns in America, however, the city's major league history is not confined to the Cardinals. For five decades, St. Louis fielded a second professional team - the St. Louis Browns. The Browns tendency to be remembered as a mere punchline has obscured their place in history, but their story is more than their reputation would suggest. It's the story of what could have been but never was. Of baseball legends lost to time. Of glorious gimmicks. As a beloved team turned fraternity of failure. This is the story of a team that found its place in history by losing its home. It's a story forgotten no more.