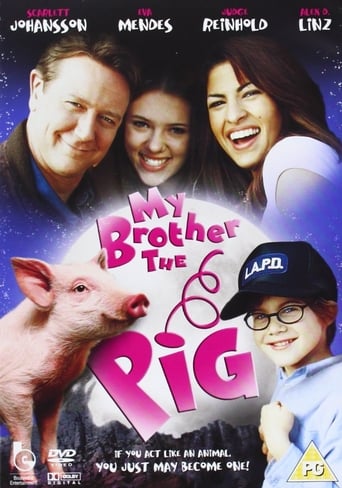 When a mysterious spell transforms a young teenager's bratty little brother into a pig while their parents are on vacation, their only hope for restoring the hoofed youngster back to his human form is to take a trip south of the border in this supernatural comedy for the whole family starring Scarlett Johansson. For years, Kathy Cauldwell (Johansson) has been the target of younger brother George's obnoxious practical jokes. Soon after Kathy and George's parents leave the youngsters in the care of nanny Matilda (Eva Mendes) in order to get away for a much-needed vacation in France, George is transformed into a pig thanks to Matilda's ancient magical rocks. As the trio sets off to Mexico to seek the help of Matilda's Mexican grandmother with George's best friend Freud in tow (Alex D. Linz), matters are complicated when a local butcher sets his sights on the portly new ham in town.