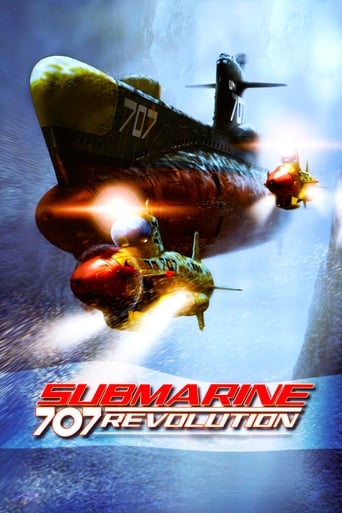 A high-tech terrorist plagues the ocean... To counter the subversive activities of the USR, a shadowy terrorist group menacing the seas, the leading nations of the world join forces to form the Peace Keeping Navy (PKN). Its inauguration ceremony, however, quickly turns into disaster as Admiral Red, charismatic leader of the USR, launches a surprise attack on the PKN. With fi erce fi repower, Red lets his intentions be known that he will destroy anything that gets in the way of his twisted vision of an ideal future... Dive into this exciting deep-sea military action-adventure thriller, as Captain Hayami and the crew of the 707 try to outwit Admiral Red's gargantuan nuclear submarine!