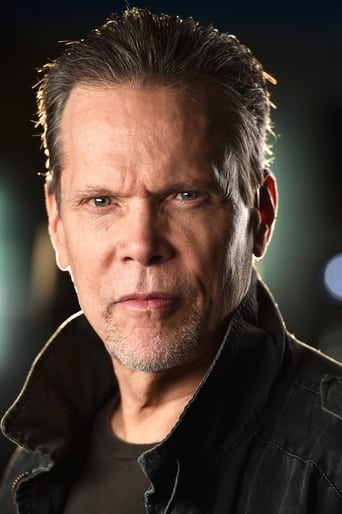 Acting came to Stephen Quadros almost by default. He originally moved to Los Angeles to pursue a career as a drummer, where he achieved local success and radio airplay with the band SNOW, which featured Carlos Cavazo (Quiet Riot, Ratt) on guitar. Stephen was even flown to New York to audition for the group KISS. But when repetitive hand injuries aborted his percussive pursuits, Quadros dove into acting, studying with a variety of respected teachers, including: Cameron Watson, William Alderson, Stella Adler, Milton Justice, Arthur Mendoza, Scott Bernstein, Michelle Danner and Mark Haining. As an actor Quadros has starred, guest-starred or co-starred in over 50 films and television shows, working with such Hollywood luminaries as Bryan Cranston, Kathryn Bigelow, Miles Teller, Nicolas Winding Refn, John Hawkes, Cuba Gooding Jr., Peter Falk, David Caruso, Blair Underwood, Traci Lords and Angela Lansbury. Stephen Quadros is also a martial arts expert, specializing in kickboxing and mixed martial arts (MMA), areas where he has been a practitioner, teacher and trainer for over 20 years. Because of his combined talents, Stephen appeared in and served as fight technical advisor for "Cradle 2 the Grave (2003)", starring Jet Li, Mark Dacascos and DMX ("Cradle 2 The Grave" hit the theaters in February 2003 and went to #1). Additionally he choreographed one of the fight sequences in "Cradle". Mister Quadros was also fight coordinator/choreographer and 2nd unit director for "Pit Fighter" (20th Century Fox) which was released in 2005. He was also fight technical advisor for "Exit Wounds" (2001) starring Steven Seagal, Michael Jai White and DMX, co-starred in "Sworn To Justice" with Black Belt hall of fame member Cynthia Rothrock and was the guest lead on a season premiere of the popular TV series "Walker, Texas Ranger", squaring off opposite martial arts icon Chuck Norris. He was also one of the world's leading martial arts and combat sports journalists. In 1998 he became a columnist and contributing editor for Black Belt magazine, a position he held for over 3 years, where his monthly column, which he titled "FightSport", garnered him international attention. Black Belt felt strong enough about "Fightsport" (and Stephen) that they named an entire magazine after it and empowered him as editor. "Black Belt Presents: Fightsport, with Stephen Quadros" made it's debut nationally in February 2002. (Quadros participated in the first year of the publication to get the magazine launched and established, then exited to concentrate on film, television and sports broadcasting.) Stephen Quadros is well known in martial arts circles around the globe for his role as host and/or television commentator for some of the largest and most successful fight shows in the world including Showtime Network's mixed martial art series: Strikeforce, as well as Pride Fighting Championships (pay per view), Glory Kickboxing (ESPN, CBS Sports). Mr. Quadros was given his nickname "The Fight Professor" while commentating on a show in Japan for K-1 in 1998.