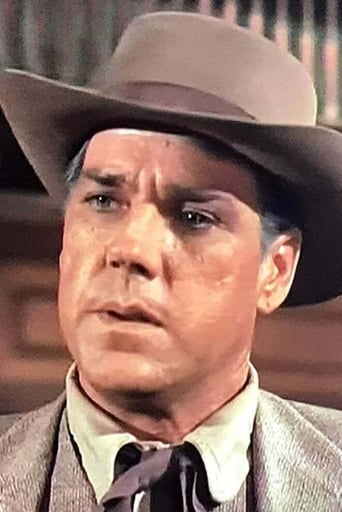 Although best known as the deputy on Bonanza (1959) and Robert in The Magnificent Seven (1960), Russell's was also well known on a national level as the owner of the Portland Mavericks Baseball Club. Helming the only independent team in the class A Northwest League, Russell was an innovator. Before Bull Durham (1988), there were the Mavericks. Russell kept a 30 man roster because he believed that some of the players deserved to have one last season. His motto was simply one three lettered word - not WIN - although the Mavericks did just that - no, the word was FUN. He created a park that kept all corporate sponsorship outside the gates, hired the first female general manager in professional baseball, and the following year hired the first Asian American GM/Manager. That same season his team set a record for the highest attendance in Minor league history, and went on to win the pennant. Ex-major leaguers and never-weres who couldn't stop playing the game flocked to his June tryouts, which were always open to anyone that showed up. From as far away as Capetown, and France, players would head to Portland for a chance with Russell's Mavericks.