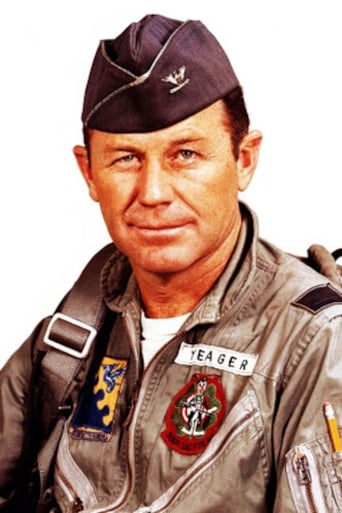 Retired Brigadier General Charles Elwood Yeager (February 13, 1923 - December 7, 2020) was a former United States Air Force officer, flying ace, and record-setting test pilot. In 1947, he became the first pilot in history confirmed to have exceeded the speed of sound in level flight. Yeager shot down at least 11 enemy aircraft, mostly flying a P-51 Mustang, on the Western Front during WWII. After the war, he went on to become a test pilot during a time of major investment and rapid technological development of aircraft in the late 1940s and the 1950s. Flying the Bell X-1, a small experimental rocket-powered aircraft, Yeager became the first human to officially break the sound barrier (exceeding Mach 1), on October 14, 1947. He continued to test pilot a variety of aircraft and set many subsequent aviation records.