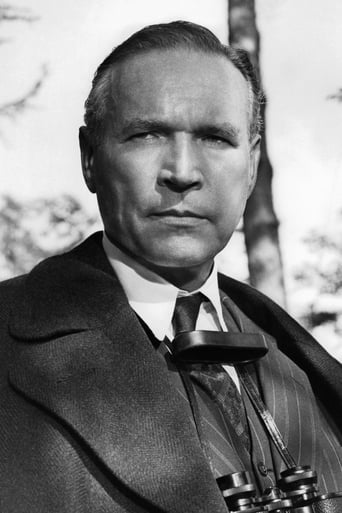 From Wikipedia, the free encyclopedia. Wolfgang Preiss (27 February 1910 at Nuremberg - 27 November 2002 at Baden-Baden) was a German theatre, film and television actor. The son of a teacher, in the early 1930s Preiss studied philosophy, German and drama. He also took private acting classes with Hans Schlenck, making his stage début in Munich in 1932. He went to appear in various theatre productions in Heidelberg, Königsberg, Bonn, Bremen, Stuttgart and Berlin. In 1942 he made his film début - he was exempted from military service specifically - in the UFA production Die grosse Liebe with Zarah Leander. After the end of the Second World War Preiss returned to the theatre, and from 1949 worked extensively dubbing films into German. In 1954 he returned to film acting, appearing in Alfred Weidenmann's Canaris. The following year Preiss played the lead role of Claus von Stauffenberg in Falk Harnack's film Der 20. Juli, which dramatised the 1944 plot to assassinate Hitler. This role brought Preiss to popular attention and also the 1956 Federal Film Award. From now on Preiss was largely typecast in the role of the upright and obligation-conscious German officer to the other A-list actor playing the Fanatic (I.E. Paul Scofeld in The Train) a part he played in many films, later reprising it in numerous international productions, predominantly in Italy and the USA, while occasionally playing a more typically cynical or brutal Nazi officer. Preiss appeared in such productions as The Longest Day (1962), Otto Preminger's The Cardinal (1963), and with Jean-Paul Belmondo in Is Paris Burning? (1966). He starred alongside Burt Lancaster in John Frankenheimer's The Train (1964), Frank Sinatra in Von Ryan's Express (1965), Robert Mitchum in Anzio (1968), with Richard Burton, in the title role of Erwin Rommel in Raid on Rommel (1971), and The Boys From Brazil (1978) with Gregory Peck. He also appeared in several Italian language films, credited as "Luppo Prezzo", and played Field Marshal Von Rundstedt in Richard Attenborough's all-star war epic A Bridge Too Far (1977). In addition, for the cinema-going public of West Germany he became the epitome of the evil genius in his role as Doctor Mabuse, a role he first played in 1960 (following Rudolf Klein-Rogge) in Fritz Lang's The Thousand Eyes of Dr. Mabuse. He went on to play the role four more times. In the 1980s Preiss turned to television, notably playing General Walther von Brauchitsch in the American TV mini-series Winds of War and War and Remembrance, based on the books of Herman Wouk. In 1987 received a second Federal Film Award for his outstanding work in film. In film dubbing Preiss provided the voice for such actors as Lex Barker, Christopher Lee, Anthony Quinn, Claude Rains, Richard Widmark, as well as that of Conrad Veidt as "Major Strasser" in the remastered version of Casablanca. Description above from the Wikipedia article Wolfgang Preiss, licensed under CC-BY-SA, full list of contributors on Wikipedia.