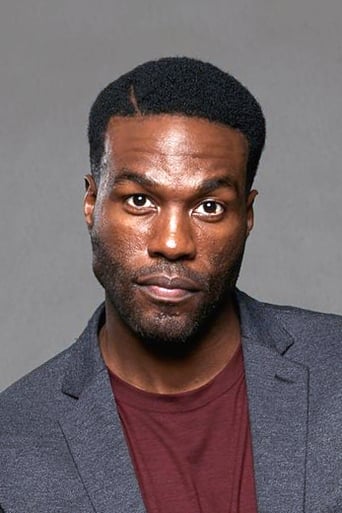 Yahya Abdul-Mateen II (born July 15, 1986) is an American actor. He is best known for portraying David Kane/Black Manta in the DC Extended Universe superhero film Aquaman (2018), Bobby Seale in the Netflix historical legal drama Trial of the Chicago 7 (2020) and Cal Abar in the HBO limited series Watchmen (2019). For the latter, he won a Primetime Emmy Award for Outstanding Supporting Actor in a Limited Series or Movie. After starring in the Netflix musical drama series The Get Down (2016–2017), Abdul-Mateen appeared in numerous films, including Baywatch (2017), The Greatest Showman (2017), and Us (2019). Description above from the Wikipedia article Yahya Abdul-Mateen II, licensed under CC-BY-SA, full list of contributors on Wikipedia.