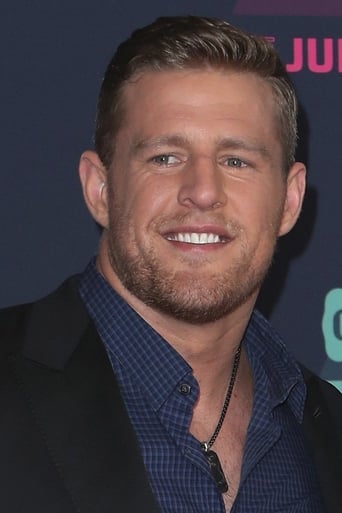 JJ Watt is a professional football player, who was selected #11 overall by the Houston Texans in the 2011 NFL Draft. JJ and his younger brothers, TJ and Derek, grew up in Pewaukee, WI, and all three played college football for the University of Wisconsin. JJ began his college football career at Central Michigan University, before transferring to Wisconsin as a walk-on Defensive End. In 2010, his final season at Wisconsin, JJ was awarded the Ronnie Lott Trophy, honoring college football’s defensive best in character and performance; voted Second Team All-American both by Sports Illustrated and the Associated Press (AP); selected to the All Big-Ten First Team; and voted the Wisconsin Team MVP. Throughout his eight-year tenure in the NFL, JJ won the AP NFL Defensive Player of the Year Award three times; he is a five-time NFL Pro Bowl selection; and was named Sportsperson of the Year by Sports Illustrated. He holds the Houston Texan’s franchise records both for sacks and forced fumbles, and in 2014, JJ became the first player in NFL history to record two 20+ sack seasons in a career. Outside of football, JJ is President and Founder of the JJ Watt Foundation, an organization he formed in 2011 to help fund after-school athletic programs for kids in various communities. In 2017, he launched a social media campaign to help people affected by Hurricane Harvey, which ultimately raised more than $41 million, far surpassing JJ’s original goal of $200,000.