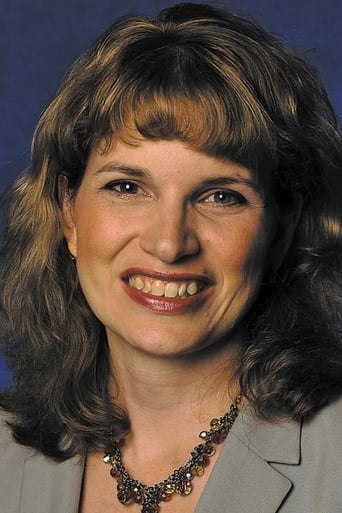 Bridget Hoffman (born 1961/1962) is an American voice actress and ADR writer who has provided voices for a number of English-language versions of Japanese anime films and television series, usually under an alias such as Ruby Marlowe. Prior to her involvement in anime, she had some on-screen acting roles in films and television including Hercules: The Legendary Journeys and other media produced by Sam Raimi. Some of her major voice roles are title characters such as Belldandy in Ah! My Goddess: The Movie, Mizuho Kazami in Please Teacher!, Mima Kirigoe in Perfect Blue, and Lain Iwakura in Serial Experiments Lain. She also voiced lead ensemble characters as Rune Venus in El Hazard, Miaka Yuki in Fushigi Yûgi, Raquel Casull in Scrapped Princess, Fuu Hououji in Magic Knight Rayearth, Shinobu Maehara in Love Hina, Nia Teppelin in Gurren Lagann, and Irisviel von Einzbern in Fate/Zero. She served as the ADR director for the Fushigi Yûgi series and films, Ah! My Goddess: The Movie, and a series of shorts called The Adventures of Mini-Goddess. She also provides background voices in a number of animated films recorded in the Los Angeles area, including Frozen, Epic and Cloudy with a Chance of Meatballs 2. In video games, she provides the voice of KOS-MOS in the Xenosaga series as well as Atoli in the .hack//G.U. series. ... Source: Article "Bridget Hoffman" from Wikipedia in english, licensed under CC-BY-SA 3.0.