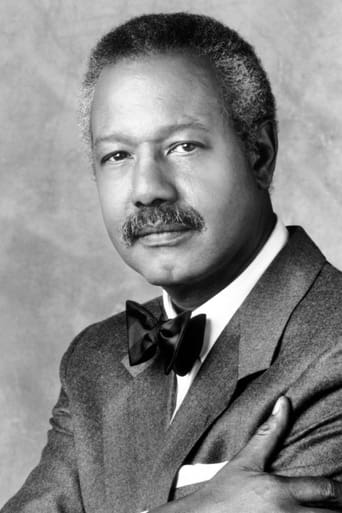 Jason Bernard (May 17, 1938 – October 16, 1996) was an American film and television actor. Bernard was born in Chicago, Illinois. His first starring role was in the pilot episode of the television series The White Shadow as Jim Willis. His other well-known television roles are in the 1980s television series Cagney & Lacey as Inspector Marquette from 1982–1983, Days of Our Lives as Preston Wade in 1982, and a recurring role in the first season of Night Court as Judge Stone's arrogant rival Judge Willard. His big role came in the 1983 hit NBC miniseries V as Caleb Taylor. Bernard reprised his role in the 1984 sequel V: The Final Battle. His other big television role was in the 1990s Fox comedy series Herman's Head as Herman's boss, Mr. Paul Bracken. He appeared in the video games Wing Commander III: Heart of the Tiger and Wing Commander IV: The Price of Freedom as Captain William Eisen. Bernard's first role in a feature film was a cameo in the Charles Bronson film Death Wish, and his first major role was in the 1974 movie Thomasine & Bushrod. He later appeared in Car Wash, WarGames, No Way Out, While You Were Sleeping, and Blue Thunder. Bernard made many guest appearances on a variety of television shows, ranging from Starsky & Hutch, Flamingo Road and The Jeffersons to The Flash, Murder, She Wrote, Wiseguy and Partners. He also appeared, as the chief security guard, in The Dukes of Hazzard episode "The Dukes in Hollywood". He played the blind musician Tyrone Wattell in the film All of Me. Bernard's final appearance was in the 1997 film Liar Liar as Judge Marshall Stevens.