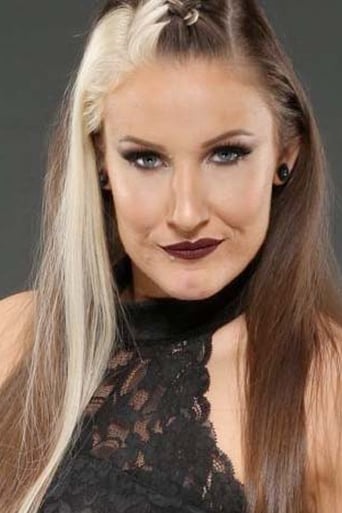 is an American female professional wrestler, currently signed to Impact Wrestling under the ring name Sienna, where she is a one-time Impact Knockouts Champion. She wrestles on the independent circuit in the United States and Canada, including for Women Superstars Uncensored, Shimmer Women Athletes and SHINE. Professional wrestling career Early Career (2008-2011) Kay first became involved in the wrestling business in July 2008 when she began training with Mathew Priest and Bill Martel at the Blue Collar Wrestling Alliance (BCWA) in Detroit, Michigan. Six months later, she debuted against Shavonne Norrell on December 28. Kay and Norrell engaged in a feud that lasted most of 2009, including a Falls Count Anywhere match at Summer Standoff in August 2009. Kay later began competing against the male wrestlers. At the end of 2010 the BCWA National Championship was vacated, and Kay entered the tournament to determine the new champion. She reached the semi-finals, where she lost to eventual victor Scotty Primo. Until BCWA's closure in mid-2011, Kay regularly attempted to win the championship. Until March 2010, Kay worked exclusively for BCWA. Her first match for another promotion was facing Jefferson Saint for Beyond Wrestling. In mid-2010, Kay began wrestling for Main Event Championship Wrestling promotion. She debuted against Jessicka Havok, and the duo entered a feud, which concluded in a two out of three falls anything goes street fight, won by Havok. Following the feud, Kay and Havok formed a tag team called Team Be Jealous. Absolute Intense Wrestling (2010-present) Kay debuted in Absolute Intense Wrestling in April 2010, losing to Jessicka Havok, and the following month, she lost to Angel Dust. At Girls Night Out 3 in January 2011, Kay earned her first victory in AIW, defeating Roxie Cotton. In June at Road to Absolution, she joined the Flexor Industries faction. At Girls Night Out 4, she defeated Mickie Knuckles. Kay lost to Mia Yim at Girls Night Out 5, in a match where Yim broke Kay's nose with a kick. At Girls Night Out 6 Kay faced Yim in a Fans Bring the Weapons match for the vacant AIW Women's Championship, which Kay won. The third match of the series between the duo took place at Girls Night Out 7, where Kay retained her championship. Kay went on to defend her championship against Jennifer Blake, Crazy Mary Dobson, and KC Warfield.