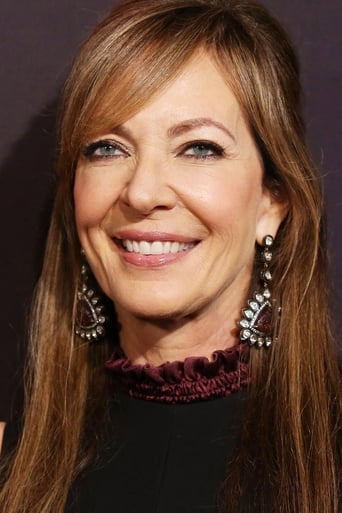 Allison Brooks Janney (born November 19, 1959) is an American actress. In a career spanning three decades, she is known for her performances across multiple genres of screen and stage. Janney has received various accolades, including an Academy Award, a British Academy Film Award, a Golden Globe Award, and seven Primetime Emmy Awards, in addition to nominations for two Tony Awards. Born in Boston and raised in Dayton, Ohio, Janney received a scholarship to study at the Royal Academy of Dramatic Art following her graduation from Kenyon College. After years of minor and uncredited film and television appearances, Janney's breakthrough came with the role of C. J. Cregg in the NBC political drama The West Wing (1999–2006), for which she received four Primetime Emmy Awards. In 2014, she won the Primetime Emmy Award for Outstanding Guest Actress in a Drama Series for her role as Margaret Scully on the Showtime period drama Masters of Sex. For her portrayal of Bonnie Plunkett, a cynical recovering addict on the CBS sitcom Mom (2013–2021), Janney received six Primetime Emmy Award nominations and won twice for Outstanding Supporting Actress in a Comedy Series. Janney made her professional stage debut with the Off-Broadway production Ladies (1989), and followed with numerous bit parts in various similar productions, before making her Broadway debut with the 1996 revival of Present Laughter. She won two Drama Desk Awards and has been nominated for two Tony Awards: for Best Actress in a Play for her performance in the Broadway revival of A View from the Bridge (1997), and for Best Actress in a Musical for her role in the original Broadway production of the musical 9 to 5 (2009). Her film roles include Private Parts (1997), Primary Colors (1998), 10 Things I Hate About You (1999), Drop Dead Gorgeous (1999), American Beauty (1999), Nurse Betty (2000), The Hours (2002), Hairspray (2007), Juno (2007), The Help (2011), The Way, Way Back (2013), Tammy (2014), The Rewrite (2014), Spy (2015), Tallulah (2016), The Girl on the Train (2016), Bad Education (2019) and Bombshell (2019). She voiced roles in Finding Nemo (2003), Over the Hedge (2006), Minions (2015), and The Addams Family (2019). For her performance in the black comedy I, Tonya (2017), Janney won an Academy Award, a BAFTA Award, and a Golden Globe Award, all for Best Supporting Actress. Description above from the Wikipedia article Allison Janney, licensed under CC-BY-SA, full list of contributors on Wikipedia.