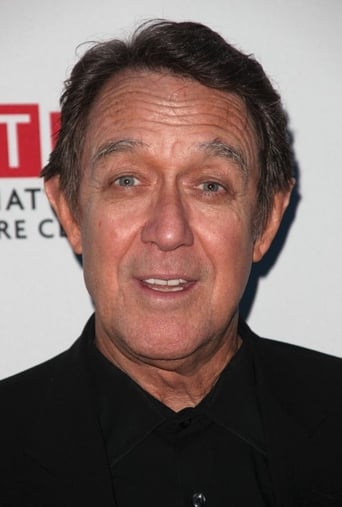 Larry Pine (born March 3, 1945) is an American film, television and theatre actor. He began his professional acting career Off-Broadway, then appeared in Cyrano de Bergerac at the Vivian Beaumont Theatre in 1968 as Fop. A founding member of the avant-garde theater company the Manhattan Project, Pine appeared with the group in Alice in Wonderland, directed by Andre Gregory, in 1970 (Manhattan Project 1973). He made his film debut in 1978 in James Ivory's Hullabaloo Over Georgie and Bonnie's Pictures, which was made for television, but later was released theatrically. Since then, he has performed in Louis Malle's Vanya on 42nd Street, Woody Allen's Celebrity, Small Time Crooks, Melinda and Melinda, and other films. He appears in the book Are You Dave Gorman? as the first actor encountered by the writer to have played a fictional Dave Gorman (in The Ice Storm). He has appeared twice as a "Charlie Rose type" interviewer in the films The Royal Tenenbaums and The Door in the Floor, featuring him in a dark studio conducting a one-on-one interview in Rose's distinctive format. He appeared in All My Children as Max Jeffries (1992) and as Barry Shire #1 (1997–1999). Most recently, he appeared in Russ Emanuel's "Chasing the Green" alongside Jeremy London, Ryan Hurst, William Devane, and Robert Picardo. He is married to composer and sound designer Margaret Pine.