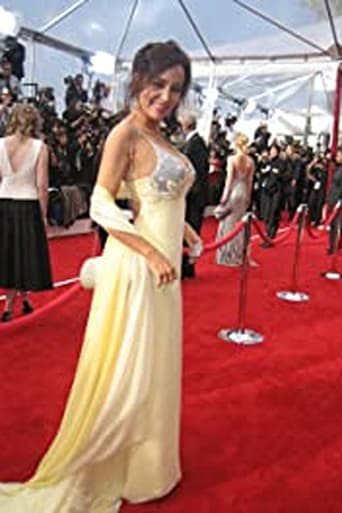 Gina Aponte' has been a SAG-AFTRA working Actress since 1996. She was cast in period-piece films like "That Thing You Do" and "Catch Me If You Can"--six months after arriving in LA. She played roles opposite Kiefer Sutherland, Stephen Weber, Willam Hurt, Miranda Richardson--and opposite Jack Wagner and Heather Locklear on Melrose Place. She is an ASCAP Songwriter and has been since 2002. In 1996, as a daily working Actress, she worked directly with Tom Hanks in "That Thing You Do." He chose Gina for a featured close-up of her reaction in their main performance crowd scene. From "extra to featured extra" honor by Tom Hanks, on set, as they shot one scene, for 4 days, 14-16 hour days. In 2002, she worked opposite Leonardo DiCaprio in "Catch Me If You Can," placed in his #1 front corner chair of flight attendants. On one of her 12-hour days of filming Pan Am Flight Attendant scenes, she was picked out of the crowd of extras to shoot a direct one-on-one flight attendant audition feature, for Leonardo DiCaprio's character, there on set that day. She filmed her clip with other hopefuls on the spot, but hers didn't make the final cut by Stephen Spielberg. She felt it was still an honor to be selected and later cut by him. Gina had under-fivers opposite Kiefer Sutherland and Stephen Weber in The Break-Up, and opposite William Hurt and Miranda Richardson in The Big Brass Ring. She also played Lead Reporter opposite Heather Locklear on Melrose Place, reporting on the Bobby Parisi case. She was featured as a work-out girl in "Romy and Michelle's High School Reunion," as Morton Downey Jr's Girlfriend on Dick Van Dyke's "Diagnosis Murder," and as a student on the sitcom, "Boston Common." From 1996-2002, she played multiple roles throughout productions in Hollywood, in short films, student films, and cable films. Most notably, she starred in the production of "Pizza Man," chosen as the finale production of a once-famous Hollywood Jewel Box theater before its closing. From accidentally attending that final stage production, Larry Bishop (Actor/Director/Writer and son of Rat Pack's Joey Bishop) expressed interest in her for two of his upcoming films. She was featured as a Maxim "Top 100 Hometown Hottie" at Maxim.com and Maxim Inc., and as a "Glamour Model" in the Industry's go-to newspaper publishing, "Backstage West" in Los Angeles--in her first 5 years in LA.