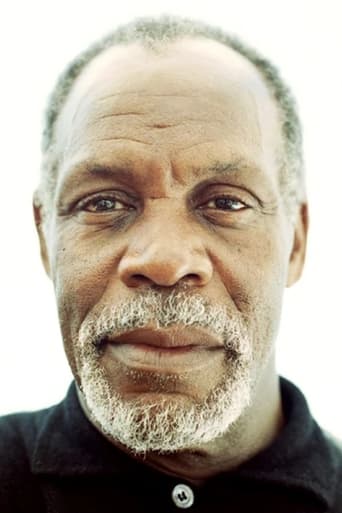 Danny Lebern Glover (born July 22, 1946) is an American actor, film director, and political activist. He is best known for his co-starring lead role as Sergeant Roger Murtaugh in the Lethal Weapon film series. Glover has had a variety of film, stage, and television roles. He starred as the husband to Whoopi Goldberg's character, Celie in the celebrated literary adaptation of The Color Purple, and as Lieutenant James McFee in the film Witness. He had leading roles in other films including To Sleep with Anger, Predator 2, Angels in the Outfield, and Operation Dumbo Drop. He won the Independent Spirit Award for Best Male Lead for his starring role in Charles Burnett's To Sleep with Anger. Also, he has had prominent supporting roles in Silverado, Witness, A Rage in Harlem, Dreamgirls, Shooter, Death at a Funeral, Beyond the Lights, Sorry to Bother You, The Last Black Man in San Francisco, The Dead Don't Die, Lonesome Dove and Jumanji: The Next Level. Glover earned top billing for the first time in Predator 2, the sequel to the science fiction action film Predator. During his career, he has also made several cameos, appearing, for example, in the Michael Jackson video "Liberian Girl" of 1987. In 1994, he made his directorial debut with the Showtime channel short film Override. Also in 1994, Glover and actor Ben Guillory founded the Robey Theatre Company in Los Angeles, focusing on theatre by and about black people.