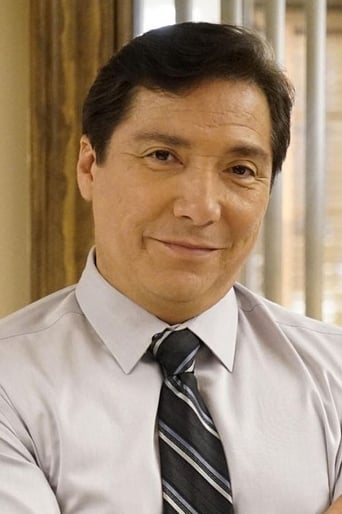 Benito Martinez (born June 28, 1971) is an American actor most known for his role as police captain (later city councilman) David Aceveda in FX Networks' acclaimed crime drama The Shield. Additionally, he has voiced Coyote Smith in the video game Killer7, Professor Candide in Vanquish as well as a number of characters in the PC game Age of Empires III, and played a criminal on Firefly. He also had a featured role as a boxing manager in the critical and commercial hit film Million Dollar Baby and was an extra on Star Trek: The Next Generation as Salazar. Benito trained at the London Academy of Music and Dramatic Art (LAMDA) in Earls Court London England and was in the same class as the actor Zen Gesner and actress Julie Hesmondhalgh. Martinez currently appears on the program "Saving Grace" as the husband to the forensic detective. Martinez was born in Albuquerque, New Mexico of Guatemalan ancestry. He holds an advanced certificate in stage combat that he obtained from LAMDA during his studies there. His sister Patrice is an actress. Benito Martinez appeared in season 8 of the hit show "24" starring Kiefer Sutherland