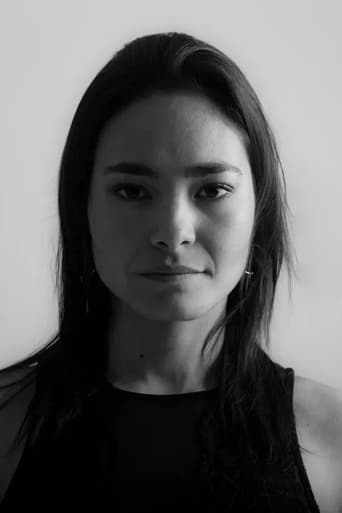 Mitzi Mabel Cadena is a Mexican actress of film, theater and television, known for playing Amada Díaz in the film Dance of the 41 (2020) by director David Pablos, Ramira in Goddess of Asphalt (2020) by Julián Hernández, and Tecuelhuetzin in the television series Hernán (2019). Cadena was born in the State of Mexico but grew up in Minatitlán, Veracruz. He studied a bachelor's degree in psychology and later a master's degree after graduating from acting. He began his training at the CasAzul Artes Escénicas Argos academy in Tlalnepantla de Baz, Mexico City. She started acting in some plays such as Enemigo de Clase by Sebastián Zurita, Las lágrimas de Edipo de Wajdi Mouawad by Hugo Arrevillaga, Manual De Desuso by Edurne Goded, In Memoriam by José Caballero, Los Motivos del Lobo by Rodolfo Obregón, and Gardenia Club by Lila Áviles, among others. Started her acting career in CasAzul Artes Escénicas Argos in Tlalnepantla de Baz, Mexico City. She jumped to television in 2012, playing the role of Adela Rosa Chávez in the television series Capadocia for HBO. Her career continued in television in productions such as Camelia la Texana (2014), El Señor de los Cielos (2014), Érase una vez (2017), Las Malcriadas (2017), El Vato (2017), Ingobernable' (2017), Por la máscara (2018), La bandida (2018), Monarca (2019) and Hernán (2019). She ventures into film with the production Los adioses (2016), Goddess of the Asphalt (2020) by Julián Hernández Pérez and Dance of the 41 (2020) by David Pablos, a role that made her popular in Mexico when she played Amada Díaz, stepdaughter of Porfirio Díaz. Among the short films in which she has participated are Menage à trois (2015), Fight Back (2017), Cuatro minutos (2021), among others.