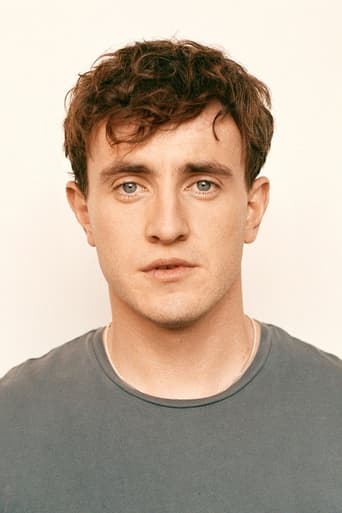 Paul Mescal (born 2 February 1996) is an Irish actor. Born in Maynooth, he graduated from The Lir Academy in 2017 and subsequently performed in plays, such as The Great Gatsby, Asking for It and The Lieutenant of Inishmore, in Dublin theatres. In Ireland, he came to fame as 'Sausage Paul', the protagonist in an ad for Denny's Sausages. Mescal received praise for his starring role in the miniseries Normal People (2020), earning a British Academy Television Award as well as a nomination for a Primetime Emmy Award. Mescal made his film debut with a supporting role in the psychological drama The Lost Daughter (2021), and has since gained praise for starring in the 2022 drama films Aftersun and God's Creatures.