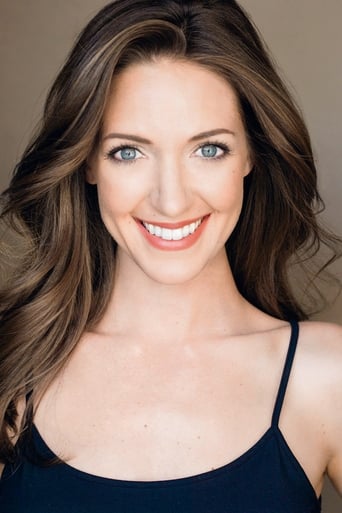 Jaycie is an American born actor who now calls Vancouver, British Columbia home. She started her "one-woman show" at the ripe age of 3 atop the coffee table in her living room and no one has been able to stop her since. Hailing from Akron, Ohio (no, she doesn't know [link-nm1429908]) she was inspired to pursue a career in the arts by her father, Richard Dotin, former lead vocalist and keyboard player of the Billboard Award nominated disco band, LaFlavour. After years of early childhood training in small theatres, performing arts programs, and dance studios (shout out to Theatre 8:15) Jaycie attended Wright State University's BFA program and declared Musical Theatre as her major. After two short years in the program, Jaycie was hired as a lead vocalist on Holland America Cruise Lines and proceeded to work for Royal Caribbean and Princess where she was a backup vocalist for Adrian Zmed. She then went on to become a lead vocalist in "Donn Arden's: Jubilee" at Bally's hotel on the Las Vegas Strip. After her stint in Vegas, Jaycie moved to Los Angeles where she started her commercial career representing international brands such as Clorox, Crayola, and Dr. Scholls. Shortly after her move, Jaycie was nominated for a Los Angeles Ovation Award for her performance as Brooke Wyndham in Legally Blonde the Musical. After her well deserved nomination, Jaycie joined the Broadway National Tour of Jersey Boys the Musical as "Loraine". Once her time on tour ended, Jaycie took her talents over the border and became a permanent resident of Canada, where she currently resides. Once settled in Vancouver (otherwise known as Hollywood North), Jaycie decided to focus on her film and television career and the industry welcomed her with open arms. Within the first few years, she was honored to work with some heavy-hitters like Marc Webb on the CBS pilot Republic of Sarah (2019), J.D. Dillard on CBS's The Twilight Zone (2019), and Christina Voros for a recurring role on ABC's hit show Big Sky (2020). Jaycie has accumulated over 28 film/TV credits, appeared in a dozen print/commercial campaigns, and is currently co-writing her first feature screenplay (2021). She attributes her success to the never ending support of her family, her dog, and a steady supply of snacks.