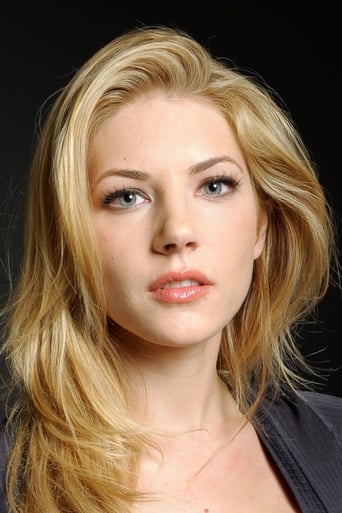 As her impressively diverse list of credits attests, the beautiful Canadian-born Katheryn Winnick has always been drawn to the unconventional, showing range and depth with every role she plays. Winnick will next star as the fearless shield maiden, 'Lagertha', wife and warrior of a great Viking leader in the new eagerly-anticipated television series "Vikings". Produced by MGM and The History Channel, "Vikings" is an epic historical drama that chronicles legendary events of the medieval times, also starring Golden Globe Winner, Gabriel Byrne and Travis Fimmel. Winnick considers "Vikings" to be her most precious acting memories to date. This year alone, Winnick exemplifies her talent and diversity in roles when she appears as Charlie Sheen's ex in "A Glimpse Inside the Mind of Charles Swan III" (co starring Bill Murray, Patricia Arquette, and Jason Schwartzman); and alongside Al Pacino, Christopher Walken, and Alan Arkin in Lakeshore Entertainment's "Stand Up Guys". Recent career highlights include a sexy turn opposite Jake Gyllenhaal and Anne Hathaway in Ed Zwick's "Love and Other Drugs"; a fun, physically demanding role as one of the eponymous assassins in the Ashton Kutcher, Katherine Heigl action-comedy, "Killers" (in which Winnick did all her own stunts); a juicy recurring role as David Boreanaz's love interest on Fox's hit primetime TV series, "Bones"; and a subtly endearing performance in Sophie Barthes' "Cold Souls" (2009) alongside Academy Award-nominated co-stars Paul Giamatti, Emily Watson, and David Straitharn that resulted in a nod for 'Best Ensemble Cast' at that year's Independent Spirit Awards. Winnick demonstrates talent beyond the acting realm as an accomplished martial artist. After receiving her first Black Belt at the ripe old age of thirteen, she went on to compete in the Canadian Nationals, opened a handful of highly-successful Tae Kwon Do schools in and around Toronto, and - as if all that was not enough - eventually trained to become a licensed bodyguard. She currently holds a third-degree Black Belt in Tae Kwon Do and a second-degree Black Belt in Karate.