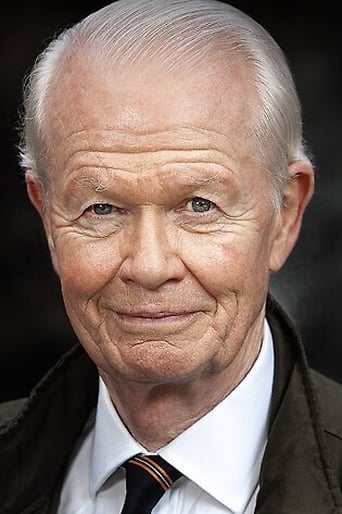 From Wikipedia, the free encyclopedia. Michael Cochrane (born 19 May 1947) is an English actor who specialises in playing upper class characters, sometimes with a suaveness that hides their villainy. He has had many television and radio roles including Oliver Sterling in the Radio 4 soap opera The Archers, The Pallisers (1974), Wings (1977-78), The Citadel (1983), Goodbye Mr. Chips (1984), No Job for a Lady, The Chief (1990-1995), and as Sir Henry Simmerson in the Sharpe series. He has twice appeared in the BBC science fiction series Doctor Who, first as Charles Cranleigh in the serial "Black Orchid" (1982) and later as Redvers Fenn-Cooper in "Ghost Light" (1989). He was later associated with Doctor Who when he appeared in the 2006 Big Finish Productions audio drama "No Man's Land". He featured in the ITV science fiction series The Uninvited. In 2008 he appeared in the soap opera Doctors as Daniel's solicitor and in 2009 in Margaret as MP Alan Clark. He appeared in the situation comedy Perfect World as the sex-obsessed marketing director. Cochrane also starred in the 2002 film Offending Angels with Susannah Harker and Shaun Parkes. He is married to the actress Belinda Carroll. Description above from the Wikipedia article Michael Cochrane, licensed under CC-BY-SA, full list of contributors on Wikipedia.