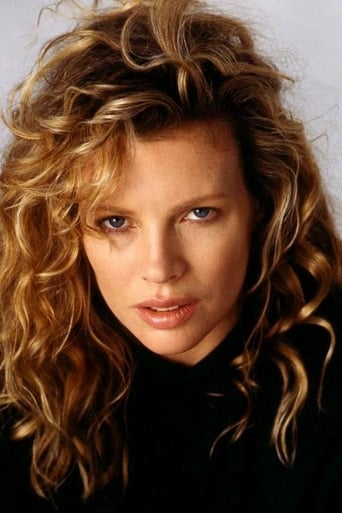 Kimila Ann Basinger (born December 8, 1953) is an American actress and former fashion model. She has garnered acclaim for her work in film and television, for which she has received various accolades including an Academy Award, a Golden Globe Award, a Screen Actors Guild Award, and a star on the Hollywood Walk of Fame. Following a brief but successful career modeling in New York, Basinger moved to Los Angeles where she began acting on television in 1976. She appeared in several made-for-TV films, including a remake of From Here to Eternity (1979), before making her feature debut in the drama Hard Country (1981). Hailed as a sex symbol of the 1980s and 1990s, Basinger came to prominence for her performance of Bond girl Domino Petachi in Never Say Never Again (1983). She went on to receive a Golden Globe nomination for her work in The Natural (1984), starred in the erotic drama 9½ Weeks (1986), and played Vicki Vale in Tim Burton's Batman (1989), which remains the highest-grossing film of her career. For her femme fatale portrayal in L.A. Confidential (1997), Basinger won the Academy Award for Best Supporting Actress. Her other films include No Mercy (1986), Blind Date (1987), My Stepmother Is an Alien (1988), Cool World (1992), The Real McCoy (1993), I Dreamed of Africa (2000), 8 Mile (2002), The Door in the Floor (2004), Cellular (2004), The Sentinel (2006), The Burning Plain (2009), Grudge Match (2013), and Fifty Shades Darker (2017). Divorced from makeup artist Ron Snyder and actor Alec Baldwin, Basinger cohabits with her longtime hairdresser, Mitch Stone. She had a high-profile relationship between marriages with the late musician Prince, with whom she recorded an album, Hollywood Affair, and is the mother of social media influencer Ireland Baldwin from her marriage to Alec.