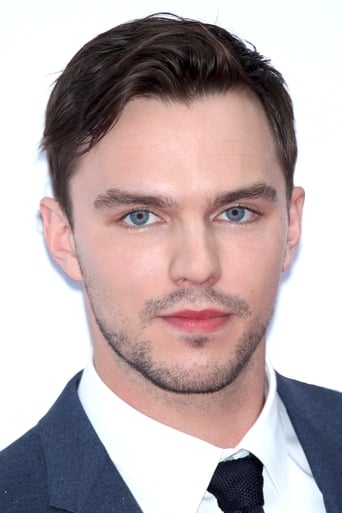 Nicholas Caradoc Hoult (born 7 December 1989) is an English actor. His body of work includes supporting work in big-budget mainstream productions and starring roles in independent projects in both the American and the British film industries. He has been nominated for awards such as a British Academy Film Award, a Golden Globe Award, and a Screen Actors Guild Award. Born and raised in Wokingham, Berkshire, Hoult was drawn to acting from a young age and appeared in local theatre productions as a child. He made his screen debut at age seven in the 1996 film Intimate Relations, and appeared in several television programmes between 1998 and 2001. Hoult's breakthrough role came when he played Marcus Brewer in the 2002 comedy-drama film About a Boy, for which he was nominated for the Critics' Choice Movie Award for Best Young Performer. He achieved wider recognition and praise for his performance as Tony Stonem in the E4 teen comedy-drama series Skins (2007–2008). His transition to adult roles began with the 2009 drama film A Single Man, for which he earned a BAFTA Rising Star Award nomination, and the fantasy film Clash of the Titans (2010). He was cast as the mutant Hank McCoy in Matthew Vaughn's 2011 superhero film X-Men: First Class, a role he reprised in later instalments of the series. In 2013, Hoult played the lead title role in the fantasy adaptation Jack the Giant Slayer and starred as a zombie in romantic comedy Warm Bodies. Following a supporting role in Mad Max: Fury Road (2015), Hoult starred in a number of independent films before portraying various real-life figures such as Robert Harley, Earl of Oxford in the historical black comedy The Favourite (2018), writer J. R. R. Tolkien in Tolkien (2019), and Peter III in the Hulu comedy-drama series The Great (2020–present). In 2021, he starred in the survival thriller Those Who Wish Me Dead.