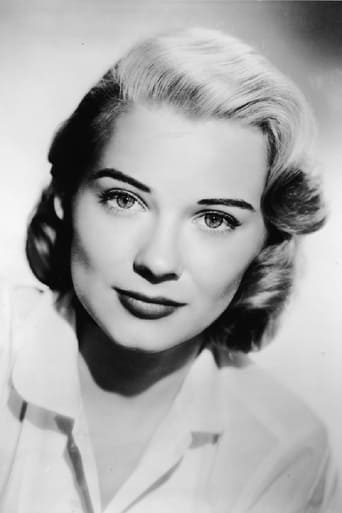 From Wikipedia, the free encyclopedia. Hope Lange (November 28, 1933 – December 19, 2003) was an American film, stage, and television actress. Lange was nominated for the Best Supporting Actress Golden Globe and the Academy Award for Best Supporting Actress for her portrayal of Selena Cross in the 1957 film Peyton Place. In 1969 and 1970, she won the Primetime Emmy Award for Outstanding Lead Actress in a Comedy Series for her role as Carolyn Muir in the sitcom The Ghost & Mrs. Muir. Description above from the Wikipedia article Hope Lange, licensed under CC-BY-SA, full list of contributors on Wikipedia.