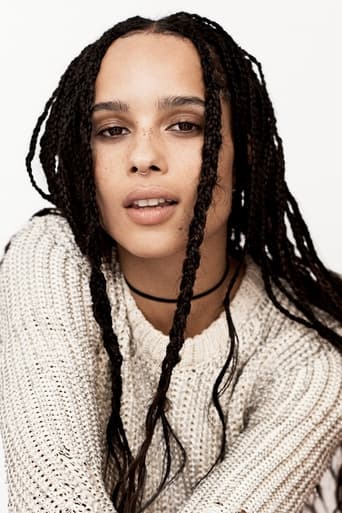 Zoë Isabella Kravitz (born December 1, 1988) is an American actress, singer, and model. The daughter of actor-musician Lenny Kravitz and actress Lisa Bonet, she made her acting debut in the romantic comedy film No Reservations (2007), and had her breakthrough portraying Angel Salvadore in the superhero film X-Men: First Class (2011), which earned her nominations for a Teen Choice Award and a Scream Award. She rose to prominence playing Christina in The Divergent Series (2014–2016) and Leta Lestrange in the Fantastic Beasts film series (2016–2018). Kravitz earned acclaim for her lead roles in the HBO drama series Big Little Lies (2017–2019), which earned her a Screen Actors Guild Award nomination, and the Hulu romantic comedy series High Fidelity (2020), for which she won a Black Reel Award and received a nomination for a Satellite Award. She voiced Catwoman in The Lego Batman Movie (2017), and will reprise the role in Matt Reeves' DC film The Batman (2022); she additionally provided the voice of Mary Jane Watson in Spider-Man: Into the Spider-Verse (2018). She appeared as Toast the Knowing in Mad Max: Fury Road (2015), and has starred in numerous independent films, including Dope (2015), Adam Green's Aladdin (2016), and Gemini (2017). In addition to acting, Kravitz works as a fashion model and musician. As of 2017, she is the face of YSL Beauté. Kravitz has also starred in campaigns for Tiffany & Co., Vera Wang, Balenciaga, Alexander Wang, Coach New York, Tumi, and Calvin Klein. She fronts the band Lolawolf and released the albums Calm Down in 2014 and Tenderness in 2020.