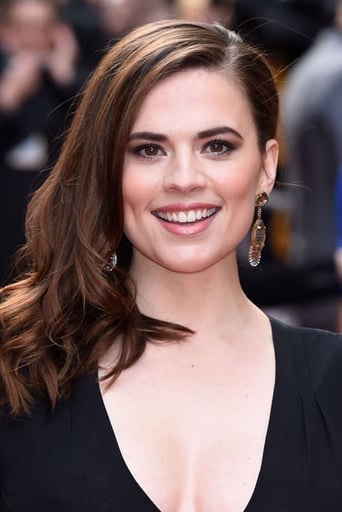 Hayley Elizabeth Atwell is a British-American actress. She is known for her work in stage productions, such as A View from the Bridge, and onscreen, for period pieces, such as the 2008 drama The Duchess. Atwell portrays Peggy Carter/Agent Carter in the Marvel Cinematic Universe. She has appeared as the character in Captain America: The First Avenger (2011), Captain America: The Winter Soldier (2014), Avengers: Age of Ultron (2015), Ant-Man (2015), and Avengers: Endgame (2019). She played a alternate version of the character in Doctor Strange in the Multiverse of Madness (2022). She also portrayed the character in the TV series Agent Carter (2015-2016).