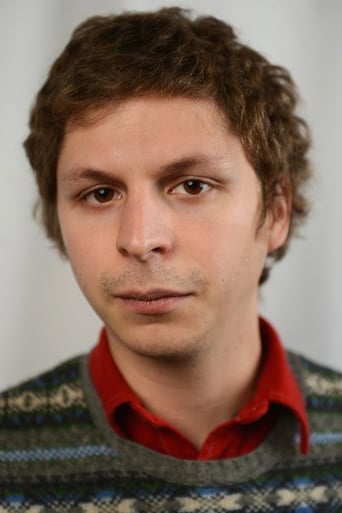 Michael Austin Cera (born June 7, 1988) is a Canadian actor and musician. He started his career as a child actor, voicing the character of Brother Bear on the children’s television show The Berenstain Bears and portraying a young Chuck Barris in Confessions of a Dangerous Mind (2002). He has had numerous roles in United States television and film productions, including character George Michael Bluth on the sitcom Arrested Development (2003–2006, 2013, 2018–2019) and for his film roles as Evan in Superbad (2007), Paulie Bleeker in Juno (2007), Scott Pilgrim in Scott Pilgrim vs. the World (2010), and a fictional version of himself in This Is the End (2013). He voiced Dick Grayson/Robin in The Lego Batman Movie (2017), Barry (a deformed sausage) in Sausage Party (2016), and Sal Viscuso, the voice behind the announcements in Childrens Hospital. Cera made his Broadway debut in the 2014 production of Kenneth Lonergan's This Is Our Youth. For his performance in the 2018 production of Lonergan's Lobby Hero, Cera was nominated for the Tony Award for Best Performance by a Featured Actor in a Play. Cera starred in the revival of Lonergan's The Waverly Gallery. In addition to acting, Cera is a musician, having released his debut album True That in 2014. Cera has also performed as the touring bassist for indie rock supergroup Mister Heavenly.