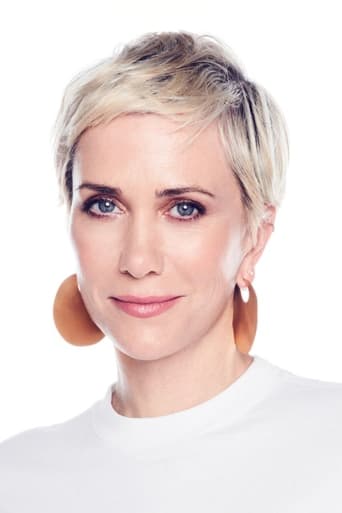 Kristen Carroll Wiig (born August 22, 1973) is an American actress, voice actress, writer, producer, and comedian. She is known for her work as a cast member on Saturday Night Live from 2005 to 2012. She is a member of improvisational comedy troupe The Groundlings. She had recurring roles on Arrested Development, The Spoils of Babylon, The Spoils Before Dying, and the series MacGruber (2021) on Paramount+. She's also appeared in television series including Flight of the Conchords, 30 Rock and Portlandia. She's also appeared in several films including Knocked Up, The Brothers Solomon, Walk Hard: The Dewey Cox Story, Whip It, Extract, Date Night, Adventureland, MacGruber, Bridesmaids, All Good Things, Friends with Kids, Girl Most Likely, The Secret Life of Walter Mitty, The Skeleton Twins, The Martian, Ghostbusters (2016), Downsizing, Wonder Woman 1984, and Barb and Star Go to Vista Del Mar. She is the voice of Ruffnut Thorston in the film series How to Train Your Dragon, Miss Hattie and Lucy Wilde in the film series Despicable Me, Lola Bunny in The Looney Tunes Show, and Jenny Hart in Bless the Harts.