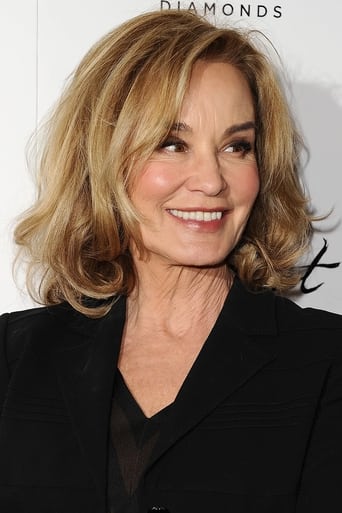 Jessica Phyllis Lange (born April 20, 1949) is an American actress. She is the 13th actress to achieve the Triple Crown of Acting, having won two Academy Awards, three Primetime Emmy Awards, and a Tony Award, along with a Screen Actors Guild Award and five Golden Globe Awards. Lange made her professional film debut in Dino De Laurentiis's 1976 remake of the 1933 action-adventure classic King Kong, for which she also won her first Golden Globe Award for New Star of the Year. In 1979, she starred in the acclaimed musical film All That Jazz. In 1983, she won her second Golden Globe Award and the Academy Award for Best Supporting Actress for her role as a soap opera star in Tootsie (1982) and was also nominated for the Academy Award for Best Actress for her portrayal of the troubled actress Frances Farmer in Frances (1982). Lange received three more nominations for Country (1984), Sweet Dreams (1985) and Music Box (1989), before winning her third Golden Globe Award and the Academy Award for Best Actress for her performance as a bipolar housewife in Blue Sky (1994). In 2010, Lange won her first Primetime Emmy Award for her portrayal of Jacqueline Kennedy Onassis's aunt Big Edie in HBO's Grey Gardens (2009). Between 2011 and 2014, she won her first Screen Actors Guild Award, first Critics Choice Award, fifth Golden Globe Award, three Dorian Awards and her second and third Emmy Awards for her performances in the first, second and third seasons of FX's horror anthology series American Horror Story (2011–2015, 2018). In 2016, Lange won her first Tony Award for Best Performance by a Leading Actress in a Play, an Outer Critics Circle Award for Best Lead Actress in a Play and a Drama Desk Award for Outstanding Actress in a Play for her performance in the Broadway revival of Long Day's Journey into Night.[14] She also had a supporting role in Louis C.K.'s Peabody Award-winning web series Horace and Pete. In 2017, for her portrayal of actress Joan Crawford in the miniseries Feud, Lange received her eighth Emmy, 16th Golden Globe, sixth Screen Actors Guild Award and second TCA Award nominations. In 2019, she received a tenth Emmy nomination for her performance in American Horror Story: Apocalypse. Lange is also a photographer with four published books of photography. She has been a foster parent and holds a Goodwill Ambassador position for UNICEF, specializing in HIV/AIDS in the Democratic Republic of the Congo and Russia. Description above from the Wikipedia article Jessica Lange, licensed under CC-BY-SA, full list of contributors on Wikipedia.