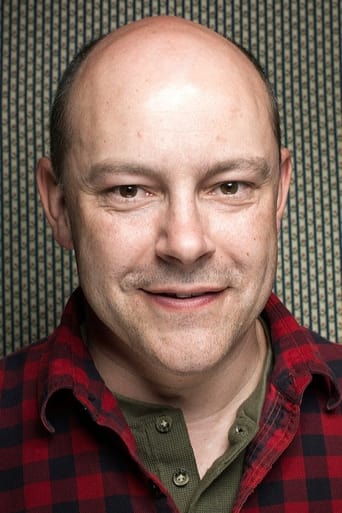 Robert William "Rob" Corddry (born February 4, 1971) is an American actor, comedian, writer, and director. He is best known for his work as a correspondent on The Daily Show with Jon Stewart and for his starring role in the comedy film Hot Tub Time Machine. He is also the creator and star of Children's Hospital. He played the title character in Blackballed: The Bobby Dukes Story (2004) and Mac, Ben Stiller's character's best friend in The Heartbreak Kid. He has also made appearances in Old School (2003), Blades of Glory, Semi-Pro, I Now Pronounce You Chuck and Larry, Failure to Launch and The Ten. He also appeared in Harold & Kumar Escape from Guantanamo Bay as Ron Fox, a neurotic and racist agent with the United States Department of Homeland Security, in W. as Ari Fleischer, and also in What Happens in Vegas. In 2010, he co-starred in the John Cusack film Hot Tub Time Machine, it's sequel Hot Tub Time Machine 2 and in 2013, he co-starred in Jonathan Levine's Warm Bodies as the zombie M. Corddry hosted the 10th annual Webby Awards ceremony on June 12, 2006. He starred as the main character in the Fox mid-season comedy The Winner from March 4, 2007 until the series' cancellation. He wrote, directed, and starred in the web series Childrens Hospital for The WB on its online network at TheWB.com. After talks fell through with Comedy Central, Turner's Adult Swim picked up the series and began airing new episodes August 22, 2010. Corddry has starred in three commercials for the Holiday Inn in both 2010 and 2011. He appeared in three episodes of Community playing a lawyer, Alan Connor, an old acquaintance of Jeff Winger, who is also a lawyer. In 2012, he began a recurring role on the third season of Happy Endings, playing "The Car Czar", Jane's new boss at the car dealership. He also had a recurring role on the short-lived FOX series Ben and Kate, as Buddy, the boorish owner of the bar where Kate and BJ work. From 2015 to 2019, he co-starred in the HBO comedy-drama series Ballers. He co-starred in the CBS sitcom The Unicorn (2019-2021).