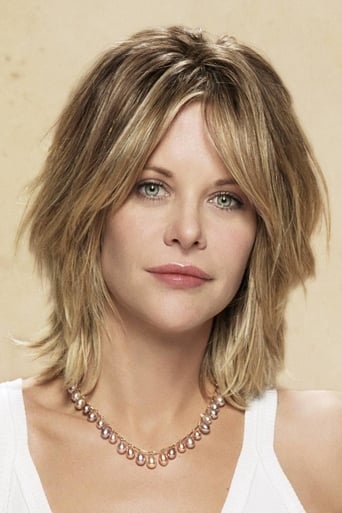 Meg Ryan (born Margaret Mary Emily Anne Hyra; November 19, 1961) is an American actress and producer. She had lead roles in six films, When Harry Met Sally..., Sleepless in Seattle, French Kiss, City of Angels, Addicted to Love and You've Got Mail whose total gross was over $870 million worldwide. In 1995, critic Richard Corliss called her "the current soul of romantic comedy." She had leads in several romantic comedies, including When Harry Met Sally... (1989), Sleepless in Seattle (1993) and You've Got Mail (1998). In addition to these romantic comedy roles, she garnered critical acclaim for her work in When a Man Loves a Woman (1994), in which she played an alcoholic, and in Courage Under Fire (1996), portraying a captain in the Gulf War. Description above from the Wikipedia article Meg Ryan, licensed under CC-BY-SA, full list of contributors on Wikipedia.