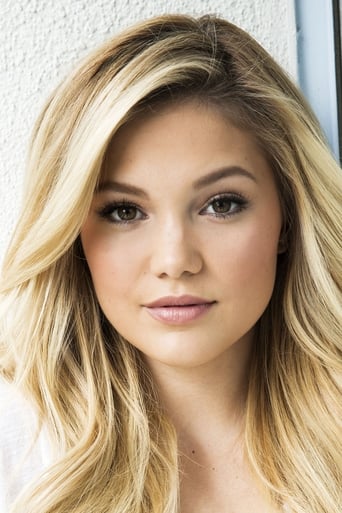 Olivia Holt was born in Germantown, Tennessee to parents, Mark and Kim Holt. When she was only 3 years old, she started singing and acting on the stage. Besides acting and singing, she has been a competitive gymnastic for the past 5 years, and a competitive cheerleader for the past few years. At Christmas time, Holt moved with her family from DeSoto County to Los Angeles. She starred in numerous community productions, including "Annie" and "Through the Looking Glass", before landing a role in the indie film, Black and Blue (2009). She also appeared in multiple national TV commercials, including Hasbro, Mattel and Bratz dolls. In 2011, Olivia got her break out role as "Kim Crawford", a confident martial artist and the only girl in the dojo who can go toe-to-toe with the boys, in the Disney XD comedy series, Kickin' It (2011). 5' 3½" (1.61 m)