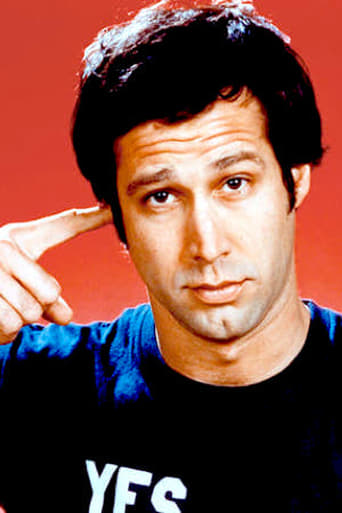 Cornelius Crane "Chevy" Chase (born October 8, 1943) is an American comedian, writer, and television and film actor, born into a prominent entertainment industry family. Chase worked a plethora of odd jobs before moving into comedy acting with National Lampoon. He quickly became a key cast member in the inaugural season of Saturday Night Live, where his Weekend Update skit soon became a staple of the show. As both a performer and writer, he earned three Primetime Emmy Awards out of five nominations. Chase is also well-known for his portrayal of the character Clark Griswold in four National Lampoon's Vacation films, and for his roles in other successful comedies such as Caddyshack (1980), Fletch (1985), and ¡Three Amigos! (1986). He has hosted the Academy Awards twice (1987 and 1988) and briefly had his own late-night talk show, The Chevy Chase Show. He played the character Pierce Hawthorne on the NBC comedy series Community from 2009 to 2014.