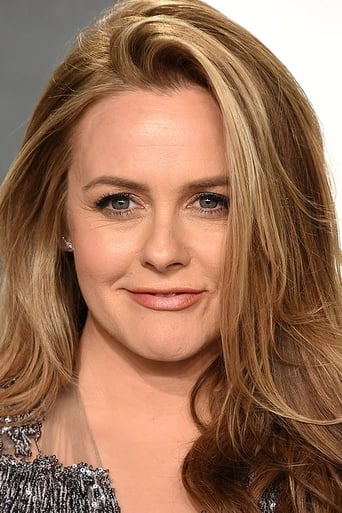 Alicia Silverstone (born October 4, 1976) is an American actress. She made her film debut in The Crush (1993), earning the 1994 MTV Movie Award for Best Breakthrough Performance, and gained further prominence at the age of 16 as a teen idol when she appeared in the music video for Aerosmith's "Cryin'". Silverstone went on to star in the teen comedy film Clueless (1995), which earned her a multi-million dollar deal with Columbia Pictures, and in the big-budget film Batman & Robin (1997), playing Batgirl. Silverstone received a Golden Globe nomination for Best Actress – Television Series Musical or Comedy for her role in the short-lived NBC series Miss Match (2003). She has continued to act in film and television and on stage. A vegan, Silverstone has endorsed PETA activities and has published a vegan cookbook, The Kind Diet (2009). Description above from the Wikipedia article Alicia Silverstone, licensed under CC-BY-SA, full list of contributors on Wikipedia.