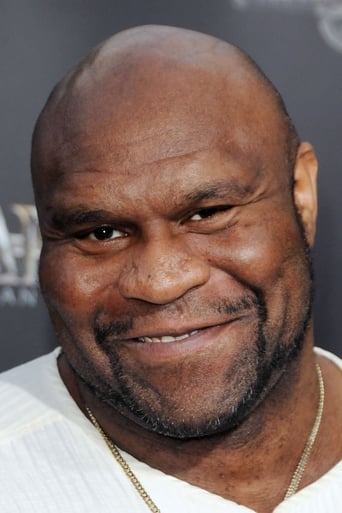 From Wikipedia, the free encyclopedia Robert Malcolm Sapp (born September 22, 1973) is an American mixed martial artist, kickboxer, professional wrestler, actor, and former American football player. He is currently under contract with Rizin Fighting Federation. Sapp has a combined fight record of 24–39–1, mostly fighting in Japan. He is well known in Japan, where he has appeared in numerous commercials, television programs, and various other media, and has released a music CD, Sapp Time. He is known their as a gaijin tarento (foreign-born talent). He is currently working sporadically for various MMA promotions in the U.S., Japan, and Europe. Description above from the Wikipedia article Bob Sapp, licensed under CC-BY-SA, full list of contributors on Wikipedia.