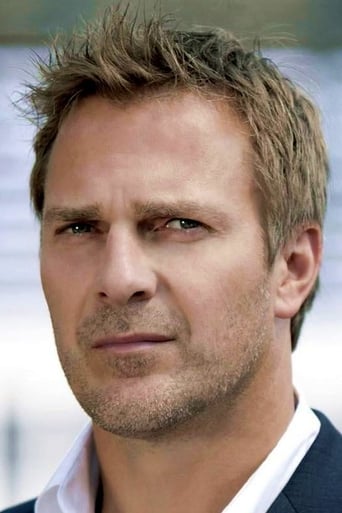 Mike Dopud is a Canadian film actor, television actor, voice actor, stuntman, stage actor and athlete. He is best known for playing Detective Smits in White Noise the 2005 action-horror film, Agent Turner in Alone in the Dark a 2005 action-horror film, playing Vic Hadfield in the Canadian miniseries Canada Russia '72, and for playing Michael 'The Assassin' in the Rollerball 2002 film remake. He also took on several minor roles on Stargate SG-1 and Stargate Atlantis, as well as performing many stunts on both shows, before taking on a bigger role as Varro on Stargate Universe. He was nominated for a Taurus World Stunt Award in 2005 for his work in Walking Tall. Dopud was born and raised in Montreal. He speaks three languages fluently (English, French and Serbian). He played professional Canadian football briefly for the Saskatchewan Roughriders. He is married to Canadian actress Angela Schneider.