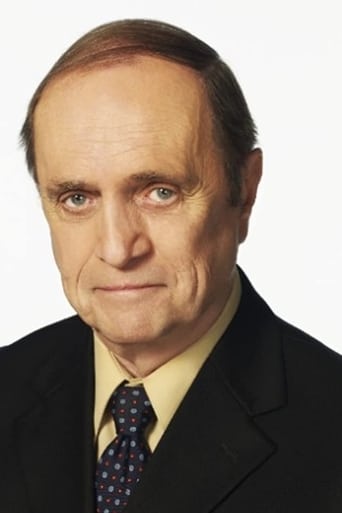 From Wikipedia, the free encyclopedia George Robert Newhart (born September 5, 1929), known professionally as Bob Newhart, is an American stand-up comedian and actor. Noted for his deadpan and slightly stammering delivery, Newhart came to prominence in the 1960s when his album of comedic monologues The Button-Down Mind of Bob Newhart was a worldwide bestseller and reached #1 on the Billboard pop music charts—it remains the 20th best-selling album in history. The follow-up album, The Button-Down Mind Strikes Again! was also a massive success, and both albums held the Billboard #1 and #2 spots simultaneously, a feat unequaled until the 1991 release of Use Your Illusion I and Use Your Illusion II by hard rock band Guns N' Roses. Newhart later went into acting, starring in two long-running and prize-winning situation comedies, first as psychologist Dr. Robert "Bob" Hartley on the 1970s sitcom The Bob Newhart Show and then as innkeeper Dick Loudon on the 1980s sitcom Newhart. He also had a third sitcom that was short-lived and initially successful but was soon canceled, named Bob. Newhart also appeared in film roles such as Major Major in Catch-22, and Papa Elf in Elf. He provided the voice of Bernard in the Walt Disney animated films The Rescuers and The Rescuers Down Under. One of his most recent roles is the library head Judson in The Librarian. Description above from the Wikipedia article Bob Newhart, licensed under CC-BY-SA, full list of contributors on Wikipedia.