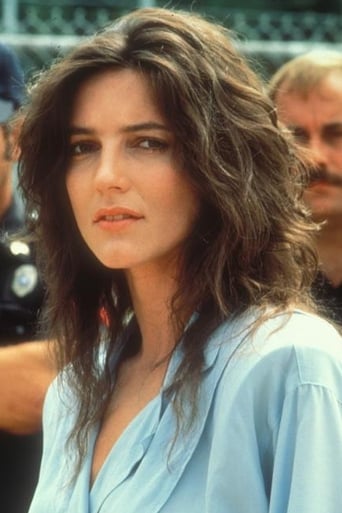 Madolyn Smith Osborne (born January 1, 1957, Albuquerque, New Mexico) is an American actress. Madolyn Smith Osborne may be best-known for her roles in the TV miniseries If Tomorrow Comes and the feature film Funny Farm, which co-starred Chevy Chase. In 1984, she appeared in 2010, with Roy Scheider. She portrayed Jehan Al Sadat, wife of Egyptian president Anwar Al Sadat, in the TV miniseries Sadat. She also starred in Urban Cowboy with John Travolta, The Super with Joe Pesci, and appeared in All of Me with Steve Martin. She guest starred in an episode of the sitcom Cheers titled "What's Up Doc?" (episode 164, season 7, first aired on Thursday March 30, 1989) where she plays beautiful psychiatrist Dr. Sheila Rydell, whom Sam "Mayday" Malone (Ted Danson) actually fakes having impotence for, so he can be treated by her in hopes of sparking a romantic relationship. Before her marriage to former NHL hockey player Mark Osborne she was known and credited as Madolyn Smith. Description above from the Wikipedia article Madolyn Smith Osborne, licensed under CC-BY-SA,full list of contributors on Wikipedia.